A couple of years ago I read The Five People You Meet in Heaven by Mitch Albom which is a novel which does want it says on the tin; the five people not necessarily being the ones the hero of the book was closest to but the five most significant in terms of life chances and experiences. When he meets his wife she says:

Lost love is still love Eddie. It takes a different form, that’s all. You can’t see their smile or bring them food or tousle their hair or move them around a dance floor. But when those senses weaken, another heightens. Memory. Memory becomes your partner. You nurture it. You hold it. You dance with it (Albom 2003: 184-185).

I don’t see Five People as a religious novel, and it’s certainly not denominational. Additionally, it is much more about Eddie’s life and the (often lasting) impact he had on other people and the impact they had on him, than about this death or any afterlife. 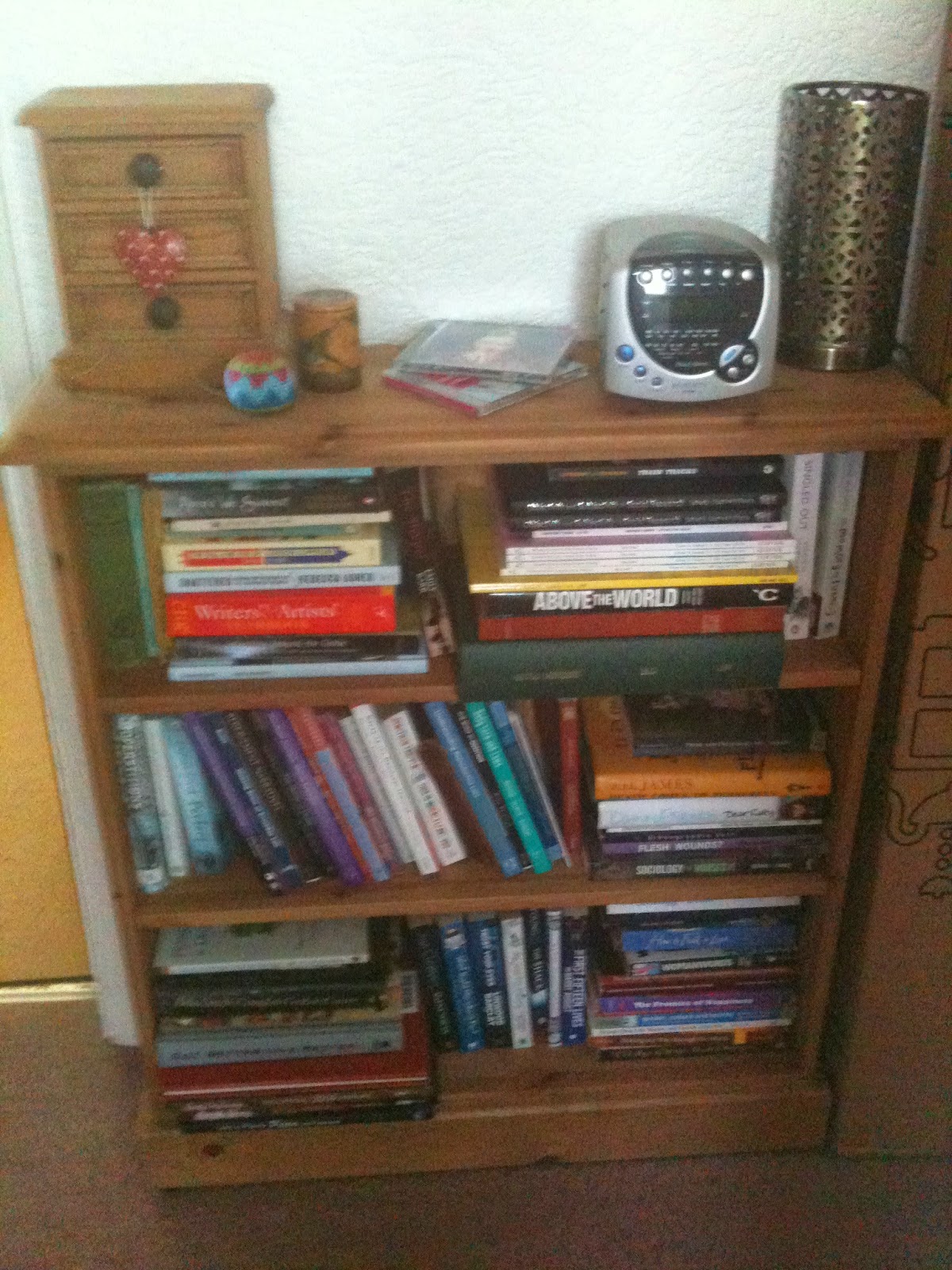 I often read novels where death is a theme and find them as enjoyable and rewarding as a good love story or mystery. As many writers have argued fiction affects its’ readers at an immediate and an emotional level. So much so that alongside more traditional representations such as reports and verbal presentations researchers in the humanities and social sciences now sometimes use the genre of fiction (and other arts based approaches) to share research stories within and beyond the academy.  My own readings tastes, like those of many people, are eclectic and although I don’t just read fiction like Brenda Walker (2010) I find I am able to escape into and find comfort especially in this form of writing. Walker’s book is called Reading by Moonlight: how books saved a life and in it she writes about how she turned to books, to literature, to reading as well as to medicine following a cancer diagnosis. This bookcase is in my hall, opposite the loo. It’s packed with novels, academic texts (including some I’ve written or edited myself), some coffee table type publications and one poetry book. The other several bookcases in my flat contain a similar mix. There are (auto)biographies too.

Steph Lawler (2008) reminds us that although few of us will formally write an autobiography we all engage in autobiographical work every day. So we write letters, we complete job applications, we keep diaries and write things on calendars and we talk about ourselves with others all the time. Robert Zussman (2005) uses the term ‘autobiographical occasions’ to refer to the times we are encouraged or required to provide accounts of ourselves. The use of the word occasions may suggest a rare, or at least not regular, occurrence whereas autobiographical practice is in fact a constant aspect of life.

We don’t just tell stories about ourselves of course but also stories of others; friends, family members, acquaintances, work-mates, individuals – living or dead – who we admire. Although the deceased may have had some input into the construction of their obituary and eulogy before they died much and most of these are written by others. Drawing on the memories of those significant in the personal and professional life of the person who has died these ‘(auto)biographical occasions’ provide an opportunity to praise and commemorate a life, to paint a picture of a person’s personality, to share some of their favourite concerns and interests and to acknowledge the impact of their lives on others. Such writings, alongside other memorials, highlight the ways in which a person who is biologically dead continues to have an active social presence and influence in the lives of the living.