Memories and Memorials (1) | Race(ing) For Life and Love

Yesterday was Valentine’s Day (according to different sources Valentine was the patron saint of, amongst other things, bee keepers, plague, epilepsy and fainting, in addition to  romance) although the shops and the media have of course been advertising and celebrating for much longer. Complicated Grief@CompGrief posted a piece by Chris Raymond on Twitter which focuses on the things one can do to in memory of a loved one who has died on the day that celebrates love and togetherness. The suggestions included leaving a love token on a grave, helping or treating another person, lighting a candle, releasing a helium balloon complete with love letter, planting a tree, listening to your loved one’s favourite song and/or sharing memories with others who also loved them. There were other suggestions, one of which – ‘Participate in a local walk/run that raises funds to support a cause your loved one would champion, or to help find a cure for the illness/disease from which he or she died’ – prompted me to sign up for this year’s annual Cancer UK Race for Life in Falmouth (17th May) http://www.justgiving.com/gayleletherby

This will be the fourth time I have entered the event and I am hoping to improve on my time again. I’ve never been a runner so I walk fast and jog a bit rather than run but I’m down to 41 minutes for the 5K event, some of which is uphill (!) and given that the first time it took me 58 I’m pleased enough. I am in good company too. Most of the women and children (and dogs) that complete the route along Falmouth seafront really do seem more concerned with the ‘taking part’ than the winning. In joining the event participants are not only trying to raise money to improve cancer survival rates but they are honouring friends and family who are living with or have died as the result of the disease. It is humbling reading the messages pinned to people’s backs and the party atmosphere is heart-warming. Overall it’s a happy event although sadness is all around. Funerals and memorial ceremonies that focus on the life of the person who has died similarly promote mixed emotions, with laughter being as likely as tears, as those in attendance recall and reflect on their own memoires.


In an article in Sociological Research Online in 2013 Linda Hyman http://www.socresonline.org.uk/19/2/3.html writes that reminiscing is a source of happiness and pleasure for many and people take happiness from past experiences; from their’ memories. There are many ways to remember and memorialise the lives of loved ones, not just on Valentine’s, or any other celebratory day, and a ceremony that truly celebrates their life might be just the beginning of memorialisation. 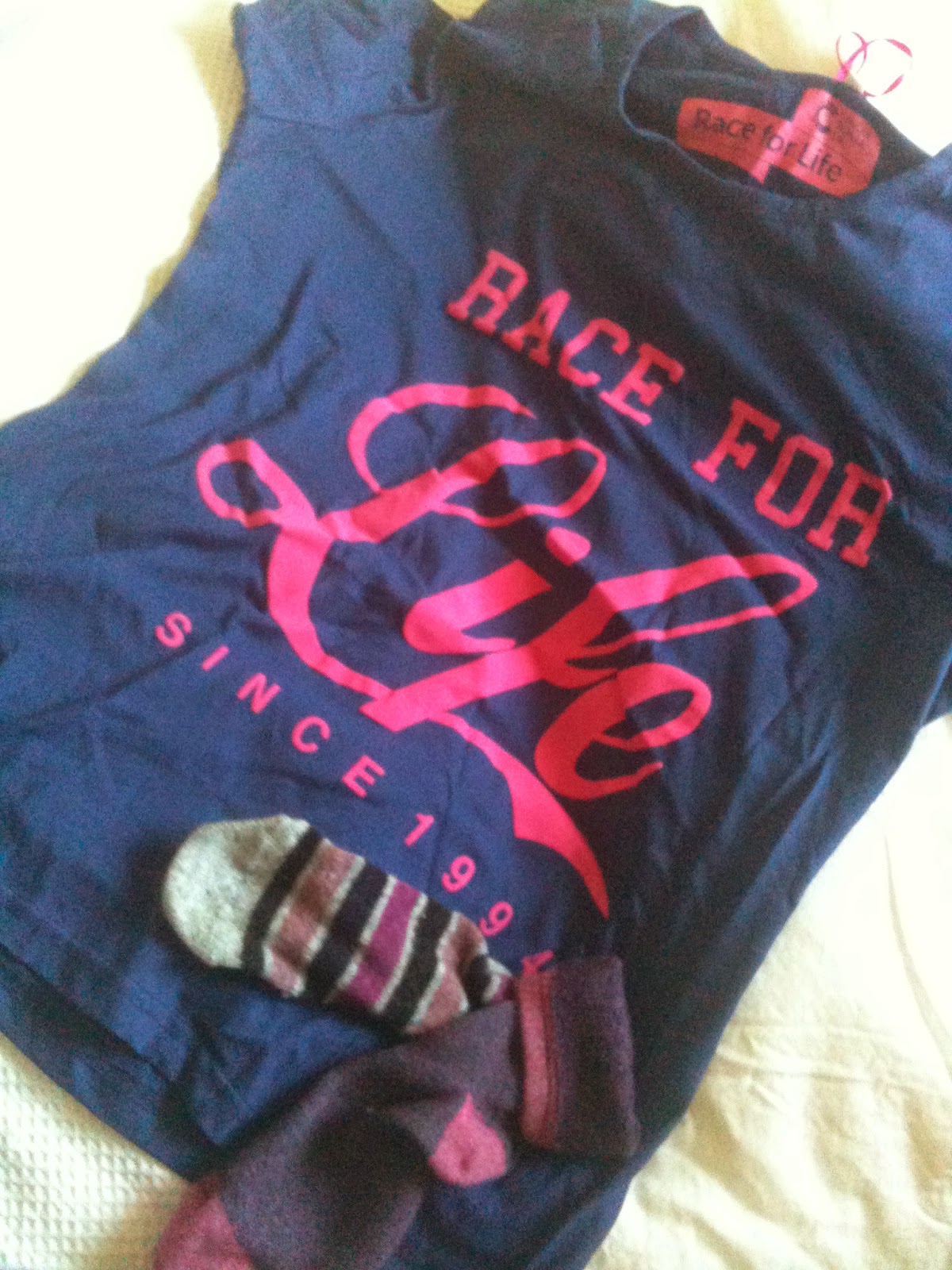 I smile at my own memories as I prepare for the ‘race’ . . .  I’ve always hated ironing and I’m fairly useless at it and my husband John and my mum Dorothy (whose names will be on my back on the day) were much, much, more likely to press my clothes than I. From this picture though it’s obvious that I need to find and dust off my iron. I’ll post a picture when the day is over to prove it.  I’ll be wearing odd socks too. John starting wearing unmatched pairs out of necessity when his teenage sons constantly ‘borrowed’ his but it became a trademark and my mum in particular enjoyed finding interesting ‘matches’ when putting the washing away. There was some odd sock wearing at John’s funeral ceremony and, just as there should have been, lots of memory sharing at both his and my mum’s.
Posted by arwenackcerebrals at 20:21