'Reader I Married Him' | Literature, Films and Other Cultural Influences

NB: there are a few book, film and TV spoilers in what follows 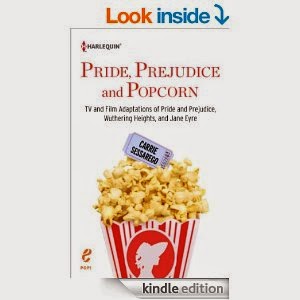 Perhaps the happy-to-be bigamist, patriarchal, grumpy Mr Rochester would not be the choice of that many 21st century women or men but the romance in Jane Eyre is still loved by many. Apologies to Charlotte Bronte for having borrowed the first sentence in the last chapter of her book for the title of this blog entry. Interestingly we aren’t invited to the actual wedding of Jane and Edward and are only present at the one that was halted because of ‘just impediment’. Not much is made of the wedding of Elizabeth and Fitzwilliam, in Pride and Prejudice the book either although some of the film and television adaptations include lavish ceremonies. Examples here include the 1990s BBC version famous for the ‘Mr Darcy/Colin Firth wet shirt’ scene (which of course wasn’t in the book) and the Bollywood film Bride and Prejudice. There are numerous commentaries - both written and on screen - about all of these, and other versions. 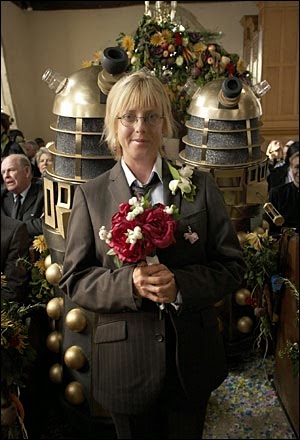 There are of course a plethora of TV programmes and films that do include weddings, commitment and renewal of vows ceremonies. Just a few weddings that I’ve watched more than once: Bridesmaids, In her Shoes, Nanny McPhee, and Gavin and Stacey (there are a few across the series which includes another thwarted ceremony, this time between Nessa and Dave Coaches). The media both reflects and influences societal expectation and individual (and couple) choice and I wonder how many brides opted for a Doctor Who or Telly Tubbies theme after watching the ceremonies of Geraldine, The Vicar of Dibley or Alice her verger and how many best men have planned a surprise musical interlude following the wedding at the beginning of Love Actually?  It’s not just weddings and commitment ceremonies that find inspiration from the media of course and after the actor John Hannah’s rendition of the Funeral Blues by W. H. Aden the poem was republished in a pamphlet of ten which has sold many thousands of copies. Watch it here https://www.youtube.com/watch?v=b_a-eXIoyYA

The first time I first thought about how a funeral might be different from the historically expected norm was watching an episode of Cracker (the 1990s TV series about a criminal psychologist who works with the Greater Manchester police to help them solve crimes). One episode includes Cracker’s (played by Robbie Coltrane) mother’s funeral within which all of those assembled play a game of Bingo; her favourite pastime. Yet although poems, non-religious prose and games might be much more common in contemporary funeral ceremonies than they once were Billy Connolly’s character's choice in What We Did on Our Holiday (I won’t go into detail here as this is a recent film that many might not have seen) is likely less popular.

Inspiration for readings and music (everything from Wet,Wet Wet’s Love is all Around in Four Weddings . . . to Invitation to the Dance by Carl Maria von Weber which is the music that the Dibley vicar and Darcy Bussell perform their mirror routine to) ideas for dress, 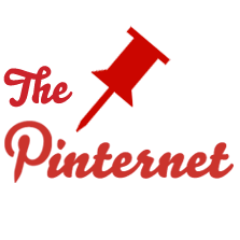 procedure and the odd surprise or two doesn't just come from the fictional and reality based programmes and social media are increasingly influential. A cursory glance at Pinternet, for example, would give you lots of ideas. Just type weddings, funerals or naming ceremonies into the search box and see what you get. Why not try UK Society of Celebrants or Celebrants Tales too. https://www.pinterest.com/UKSoC/