As I suggested in my most recent Blog entry writing (of various sorts) has helped me to make connections between my own life and that of others. Laurel Richardson turned to life writing following a car accident. She wrote:

Although I could not bring into speech what was happening in my head, I found that I could write about it. If I could not find the word I wanted, I could write its first letter or leave a blank space. In writing, the pace and the issues were my own . . . Writing allowed me to record little thoughts, to revisit them and fill in the blanks, to piece them together, thought-by-thought. Writing gave me a feeling of control over time and space, and a faith that I would recover. Writing was the method through which I constituted the world and reconstituted myself. Writing became my principle tool through which I learned about myself and the world. I wrote so I would have a life. Writing was and is how I come to know. (Richardson 2001: 33 original emphasis) 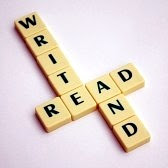 When I discovered sociology in the late 1980s I was aware of the auto/biographical power of the discipline although was unable to articulate this then as I am now, not least to agree with Irene Karpiak (2010: 47) who argues that auto/biographical writing is one way in which ‘adults can come to enlarge their perspective on themselves and others, and even to heal’. As such it represents, as Paul Eakin (2008: 148) suggests ‘the art of the future’: a prospect of what might still be ahead as possible and worthwhile.

In recent years my writing has moved beyond the academic. Here is a piece of auto/biographically informed ‘fiction’ (which I write in single quotation marks to highlight the fact that fiction draws on fact, just as fact often/always contains an element of fiction) that I wrote following my husband John’s death in 2010.

Thank You For The Days

The birth was hard, mirroring the effort to conceive. Reporters waited outside to take snaps of babies born on the first day of the year. They went away disgruntled. He was born 20 minutes after midnight on the 2nd. It was a Monday.

Although raised in the Jewish faith the boy’s parents were practicing atheists. Yet, they wanted to mark the birth of their longed for child, to share their joy. The baby naming took place on the second Tuesday in May.

The child grew happy and strong and weathered all of the usual childhood ailments and adventures. School and university a challenge he embraced. On a gap year, before full-time responsibilities began, his marriage took place on an Australian beach. Some called it a shotgun event but the bride and groom were blissfully happy. They exchanged rings at midday on a Wednesday in December.

Years passed, the man worked hard, the next generation grew up and the usual ups and downs of a life-course took place. He was happy but sometimes tired. After a long day at work or an exhausting family outing he’d pour himself a beer or a whisky. They’d drink wine with their meal, followed by a nightcap. He never kicked the 20-a-day habit he picked up on his travels. First he noticed a change in his gum at the back of his mouth. Soon it became uncomfortable to chew. He told the dentist at a Thursday appointment.

Radiotherapy lasted three months. He felt lucky he’d avoided an operation. There was only a 50/50 chance of survival to five years but he approached this as optimistically as he had the rest of his life. He dressed smartly for his first appointment and chatted and laughed with his wife on the way. She waited while he went for his treatment, glancing at, but not taking in, the news and gossip in Friday’s newspaper.

On his deathbed he reviewed his life. It had been a good one. He’d even got his five years following the cancer diagnosis but now it was his time. He squeezed his wife’s hand and smiled. Elsewhere in the ward a radio was playing, he could hear Big Ben chime in Saturday morning.

The funeral celebrant was thorough. She captured the man and many tears were shed during the eulogy. An old friend and one of the man’s children retold anecdotes that made everyone laugh. Favourite songs were played. A cremation followed.  A smaller group – immediate family and close friends - assembled later to bury the ashes under the tree at the bottom of his beloved garden. A few words were said, a few more tears wiped away. His wife led the way back to the house for Sunday lunch.
**** 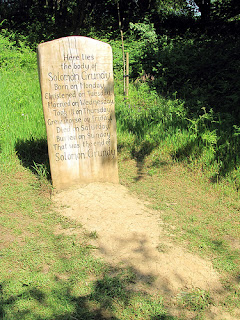 63 Years Earlier: As the pregnancy is confirmed Rachel and Ethan Grundy wonder what their child’s life will be like. They’ve already chosen names. If it’s a girl Sarah and for a boy Solomon is a good, strong name. . .

Reading, as well as writing, has helped me significantly in my own grief journey(s). In a novel I read shortly after my mum died I found a reference to a poem called The Summer Day by Mary Oliver, the last three lines of which are:

For me training to become a Civil Celebrant was one of the things I felt that I needed to do with my life.  More of this next time . . .

Karpiak, I. (2010) After life review: Autobiography as ‘art of the future’. Studies in Continuing Education, 32(1)