Presentation of Self (1) | Audiences, Roles and Props

Amongst other things the sociologist Erving Goffman (1959) was interested in the way that individuals present themselves during social interaction; that is how we behave with/in front of others. Goffman called this ‘presentation of self’. He argued that people behave differently in different situations with different people, not least in order to avoid embarrassment on both sides. So the way we present ourselves at home in front of our family and friends is different than the way we might behave at work in front of colleagues, at the gym in front of acquaintances, with our friends on a night out and so on. Goffman compared social interactions to theatrical performances and suggested that in each meeting we have with another we are at one time both actor and audience. So we ‘perform’ for our audience and at the same time we are the audience to their ‘performance’.

Everyone has a part to play, a role, in a ceremony marking a lifecourse transition: a rite-of-passage. So everyone performs – not just the celebrant, funeral director, musicians or photographer – but also the couple whose marriage, commitment or renewal of vows is being celebrated; the bereaved at a funeral; the parents and mentors at a naming ceremony and of course all of those assembled. Luckily, as I have written previously, many of the sometimes constraining established traditions and expectations have been successfully challenged and there is much opportunity for creativity and a personal approach at all such events. A civil celebrant can help you to plan the event that YOU want.

Our public ‘performances’ are enhanced by the costumes (clothes, jewellery, make up) that we wear for particular events and occasions and props are also significant. Clothes are something else I have written about previously (see for example 1st November 2014). So what of props? A few days ago I had a delivery from the UK Society of Civil Celebrants (UKSOC) shop http://www.uksoc.co.uk/ and amongst other things my parcel contained a hand wrapping kit and a set of coloured sand and bottles for a unity sand ceremony. 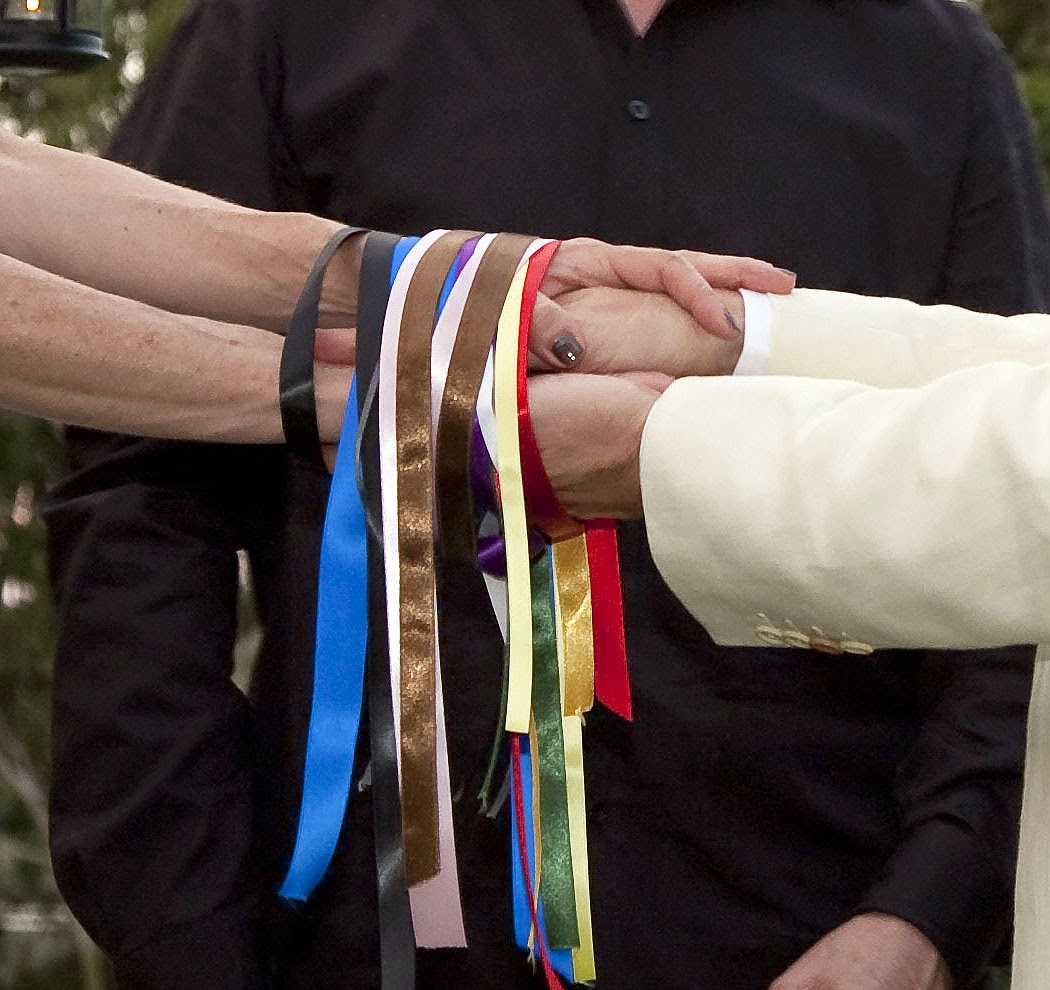 Hand Wrapping or Hand Fasting: this Celtic tradition owes its legacy to, and is still today referred to as, ‘tying the knot’. During a wedding, commitment or renewal of vows ceremony the hands and lower arms are tied together with ribbons or cloth in the shape of the infinity symbol to symbolise the bringing together of two hearts in a partnership of strength and unity. 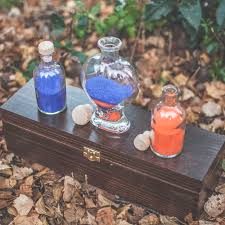 Unity Sand: suitable for weddings, commitment and naming ceremonies. This ceremony symbolised the joining of a couple and/or two families. The pouring of the sand can be performed by family members, including children.

My UKSOC order also included my Celebrant Ceremony Folder. I chose a green leather folder decorated with a Tree of Life image. I intend to write more about this next time.

Goffman, Erving (1959) The Presentation of Self in Everyday Life Garden City, New York. Doubleday Anchor Books and Doubleday and Company